Most famous Villas in Como Lake to visit

Thinking about Lake Como you can’t help but thinking of the beautiful and evocative Villas that adorn its shores.
In the article we will list some of the most famous and historical ones.

Villa Erba, in Cernobbio, is one of the most important villas on Lake Como. Built by the Peluso family between 1894 and 1898 on the project of architects Angelo Savoldi and Giovan Battista Borsani, it was later acquired by Luigi Erba, brother and heir of Carlo Erba, one of the major pharmaceutical manufacturers of the time. After being home also to Luchino Visconti, where he shot the film Ludwing, Villa Erba was then purchased by a public consortium that created a congressional exhibition complex there. In fact, in recent years, in the spring months, in collaboration with Villa d’Este, the international exhibition of vintage cars is organized, the Villa d’Este Elegance Competition. In 2000 the movie La partita – La difesa di Luzin by Marleen Gorris was shot there. The Villa can only be visited at certain times of the year and only in conjunction with events open to the public. (villaerba.it/eng/)

Villa d’Este, originally Villa del Garovo, is a Renaissance patrician residence located on the shores of Lake Como, precisely in Cernobbio. It was commissioned in 1575, in his native town, by Cardinal Tolomeo Gallio to the architect Pellegrino Tibaldi, conceived as a place of delight by the lake. At the end of the nineteenth century, Villa d’Este was transformed into a hotel where the nobility and the upper European bourgeoisie merged to become more and more a luxury hotel, as it is today.

Therefore, the villa cannot be visited if you are not a guest of the hotel or of the facilities linked to it (spa, bar, restaurant, golf course, …).

Villa Carlotta, in Tremezzo, built at the end of 1600 by the will of the Marquis Giorgio Clerici. At the beginning of the nineteenth century with Gian Battista Sommariva, the next owner, the villa touched the maximum of its splendor, enriched with works of art, including masterpieces by Canova, Thorvaldsen and Hayez and this is why it is a must destination for a visit to Lake Como . Always Sommariva wanted part of the garden to be transformed into an extraordinary romantic park with a huge botanical garden. The park of Villa Carlotta is famous, in fact, for the amazing spring flowering of rhododendrons and azaleas in over 150 varieties. However every time of the year is suitable for a visit: ancient species of camellias, cedars and secular redwoods.

Villa del Balbianello, in Lenno, built in 1700 by Cardinal Durini and now property of the FAI. It is considered one of the mosto suggestive corners of the entire lake. Thanks to the panoramic position, it overlooks Bellagio and the Comacina Island, while on  the highest floor of the villa there is a museum that contains the art collections and travel memories of the last owner, the eccentric explorer Guido Monzino, as for example, English and French furnishings from the 17th and 18th centuries, Flemish tapestries, Chinese pottery, African and pre-Columbian sculptures.
Each hall of the Villa preserves precious collections of paintings on glass and of Larian views. The villa was a memorable film set as the Ancient Little World and Agent 007 – Casino Royale.

Villa Monastero, in Varenna, was born as an ancient convent and patrician residence until it became an international conferenc center known for the physics lessons held in 1954 by the Nobel Prize Enrico Fermi. The garden is original and unique, rich in exotic plants with statues, small temples and balustrades. In 1567 the monastery was suppressed on the intervention of Cardinal Federico Borromeo and was transformed into a private residence. Starting from 1953, Villa Monastero became the venue for scientific, administrative and cultural courses and conferences, promoted and managed by the Province of Lecco and the Villa Monastero Institution. The Villa is surrounded by a Botanical Garden of almost 2 kilometers along the lake front from Varenna to Fiumelatte.

Villa Melzi d’Eril, located on the shores of the lake, in Bellagio, was built for Duke Francesco Melzi d’Eril and is still private. The works were carried out between 1808 and 1810 thanks to the architect Giocondo Albertolli. Inside the villa, the chapel and the greenhouse of the orange trees, today set up as a historical museum, are a splendid expression of neoclassical style, and as such declared a national monument. The marvelous garden adorned with tropical and exotic essences, sculptures, among which the famous group with Dante and Beatrice, a Moorish temple and a Japanese pond, can be visited. The gardens were a project of the architect Luigi Canonica and the botanist Luigi Villoresi, both responsible for the layout of the park of Villa Reale in Monza. The family chapel can also be visited.

Our Bed & Breakfast Casa Gentile will become your starting point to visit Lake Como, its historical beauties and the marvelous villas overlooking the shores, from Villa D’Este to Villa Carlotta, from Villa Balbianello to Villa Monastero and much more!
We are waiting for you for a stay dedicated to culture, history and relaxation. 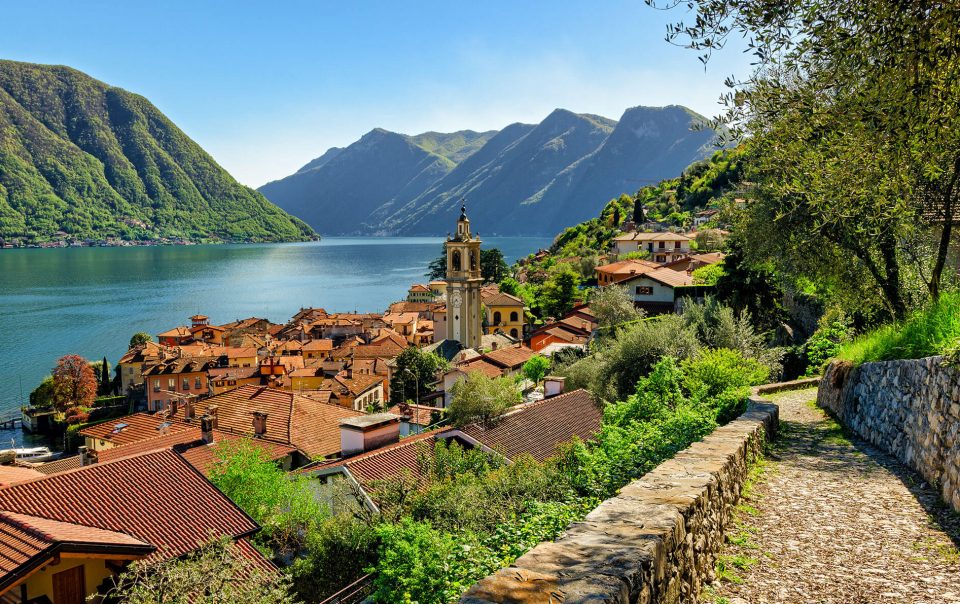 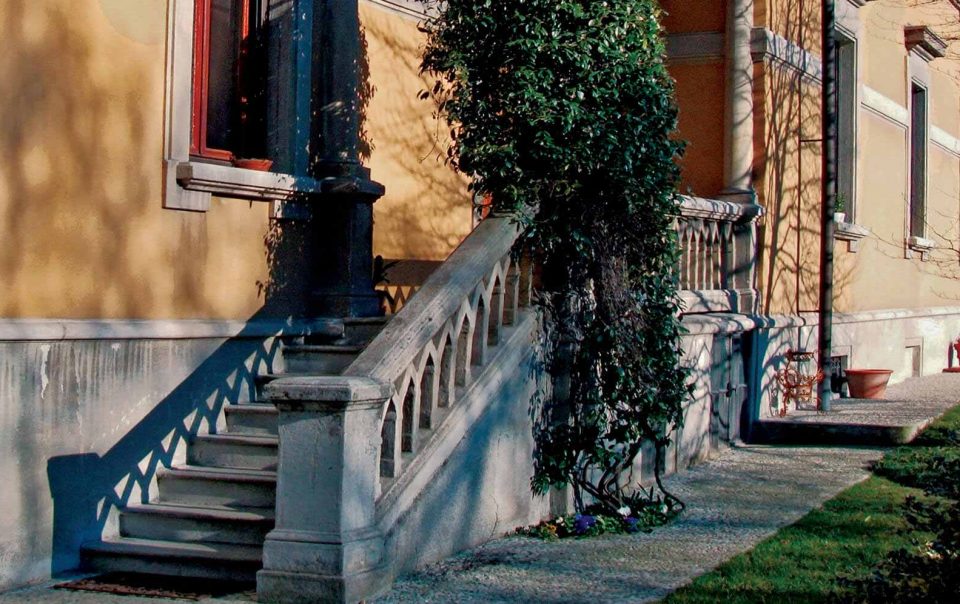 The best place to stay in Como